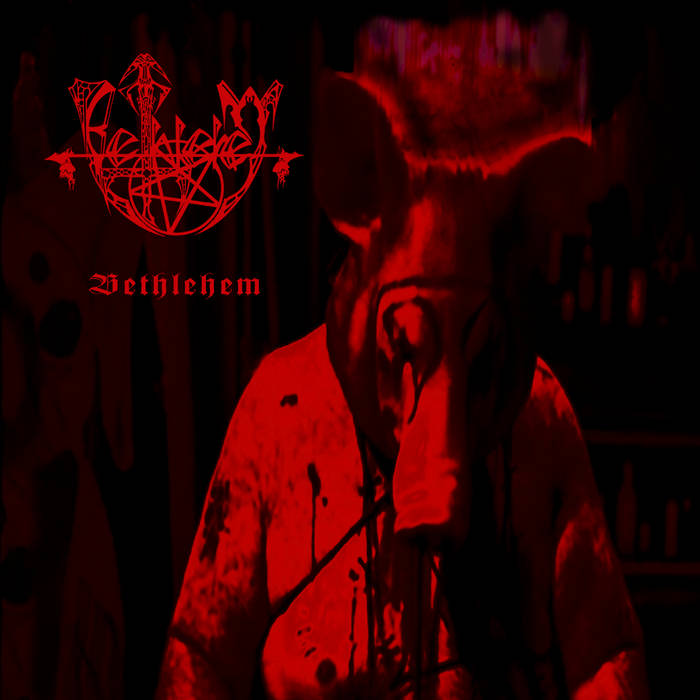 Püttkieker How did I miss out on this for so long? Damn if I know. After "Dark Metal" I somehow lost track of the band. The odd song titles and lyrics never really clicked with me, neither did the music. Well that was then. Now I can tell you this is somewhat different and still like their early works but more fleshed out and with more bite and heavy as fuck. Its a tough call not to nod your head every now and then. The deranged vocals top off this masterpiece. A gnarly piece of morbid music. Fucking close to perfection. Favorite track: Arg tot frohlockt kein Kind.

Wallow Within I love this album because one song is called Kein Mampf mit Kutzenzangen (It doesn't make any sense if you ever wondered). The music is deeply disturbing and the vocal delivery is what makes Bethlehem a stand out act. I think it's great that they're doing this sort of thing, we really needed a Katharsis replacement to show people how fucked up german black metal still is. Favorite track: Kalt' Ritt in leicht faltiger Leere.

VAST DEFERENS Like classic Immortal, Bethlehem finds a way to pack in an index of gnarled riffs into the dirge.

Montara Mike Was looking forward to this release as soon as I heard about it. Was not disappointed. This is one of the best albums i have heard in a long long time.

Do not turn the other cheek. Defy, and act.

voice beneath the well

Self-titled albums usually suggest either a questionable "return to the roots" or a band reinvention of sorts. For brooding black metal beasts, Bethlehem, however, the release of the eponymously titled ‘Bethlehem’ marks the 25th anniversary of the group, which the German group celebrates in their own wayward style.

‘Bethlehem’ is a welcome rejuvenation in every respect. When the line-up that recorded their 2014 release, Hexakosioihexekontahexaphobia, fell apart, founding member/mastermind Jürgen Bartsch took the bull by its proverbial horns and matters into his own deviceful hands.

After long-standing drummer Wolz returned to the fold, Bartsch recruited Russian guitarist Karzov (who took on a major role in Bethlehem's songwriting) and a new singer: none other than Onielar from German black metal stalwarts Darkened Nocturn Slaughtercult! Onielar’s deranged vocals add to the psychotic morbidity of ‘Bethlehem’, an album that conjures a fresh take on Bethlehem's mid-to-late-90s sound that, says Bartsch, is "anarchic as always”.

Ultimately, ‘Bethlehem’ encompasses everything the progenitors of Dark Metal are about, combining the group’s early harshness with an outrageous catchiness and the experimentalism Bethlehem has always boasted, all crowned with a production that perfectly balances both rawness and power.

Bethlehem's ninth LP is a symphony of sickness in the truest sense of the word!

Buy at our shop here:

Bethlehem are legendary. Founded in 1991, their album "Dark Metal" established the musical subgenre of the same name, and with their records "Dictius Te Necare" and "S.U.i.Z.i.D.," they established themselves as the founding fathers of Suicidal/Depressive Black Metal. ... more

Bandcamp Daily  your guide to the world of Bandcamp